"Larry B. Max is one of the rare specialists of the special department of the I.R.S. (Internal Revenue Service), the all powerful agency for taxes in the United States. Reading the complex methods to evade taxes and to launder money like a virtuoso pianist would read the scores of Mozart, he has all the means to prove the links between the world of high finance and the top criminals. Peeling back the accounts of billionaires, of the giant financial groups and of many branched multi-nationals, Larry tries to find the dangerous route back to the nebulous origins of their colossal fortunes..." 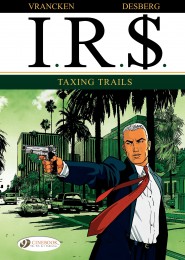 Larry B. Max is an unusual specialist from a little-known branch of the I.R.S. (Internal Revenue Service), the all-powerful tax-collecting agency of the United States. Reading into tax-evasion and money-laundering rings the way a virtuoso pianist would read a sheet of Mozart, Max has every technological method at his disposal to find links between high finance and high crime. In the first album, he must look into a particularly delicate file belonging to a rich Jewish-American, known for his involvement in recovering items that were confiscated by the Nazis. Dissecting this billionaire's accounts, Max embarks on a dangerous journey to find the mysterious origins of the man's immense fortune...This two-volume book includes "The Hagen Strategy." 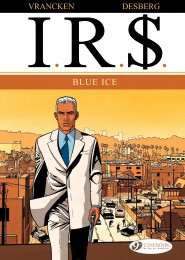 Larry B. Max is an unusual specialist from a little-known branch of the I.R.S. (Internal Revenue Service), the all-powerful tax-collecting agency of the United States, which has every technological method at his disposal to link high finance and high crime.Max unravels the financial and logistical organisations which supports a huge drugs operation between Mexico and the US. In the process, though, the lines between legality and providing jobs for thousands of people, between prosperity and morals become blurred.This two-volume book includes "Narcocracy." 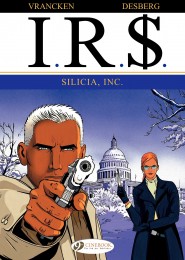 Larry B. Max is an unusual specialist from a little-known branch of the I.R.S. (Internal Revenue Service), the all-powerful tax-collecting agency of the United States, which has every technological method at its disposal to investigate possible links between high finance and high crime. Max investigates two seemingly-unconnected murders. The former president of an Asian country, who was accused of embezzlement, is bumped off in France. Meanwhile, the right-hand man of a corrupt US mayor meets a grizzly end in the Californian desert. Max finds a strange message stating “Silicia, 10 am, Ocean Drive” and tries to figure out what it all means. Meanwhile, a mysterious young lady seems to be one step ahead of him and erasing one clue after the other. 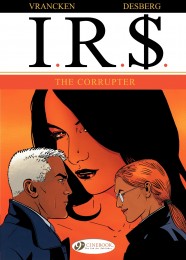 Larry B. Max is an unusual specialist from a little-known branch of the I.R.S. (Internal Revenue Service), the all-powerful tax-collecting agency of the United States, with every technological method at his disposal to link high finance and high crime.Max investigates Silicia, Inc., a mysterious company fronting the activities of a beautiful and deadly assassin. For $2.5 million per contract, the killer leaves a trail of bodies and corruption behind her. As the I.R.$. agent closes in on his target, the scale of her web becomes frighteningly clear–and things take an unpleasantly personal turn for Max. 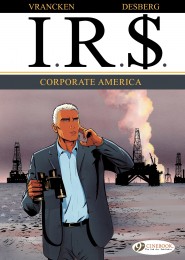 There are bad memories in Larry Max’s past. Dark figures specialised in shady dealings that once bullied and defeated the young, novice IRS agent. He never forgot, though. And now those names are coming up again in relation to some relatively minor trading fraud. But when Larry begins unravelling the threads, from Texas to Azerbaijan, what he discovers is anything but minor: secrets that could make a select few immensely rich – and set the world ablaze. 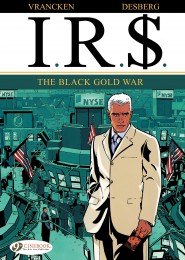 Is the world barrelling towards the apocalypse? Russian commandoes are positioned around Georgia and its vital pipelines, fanatical terrorists are bent on eliminating Saudi Arabia’s reigning family... With oil barons indifferent to the potential damage their stock market manipulations could cause, only one man stands against a scheme of utter cynicism: Larry B. Max. This time, the IRS agent intends to stop his sworn enemy Madsen for good – and rescue the woman he’s loved for so long, Kate.