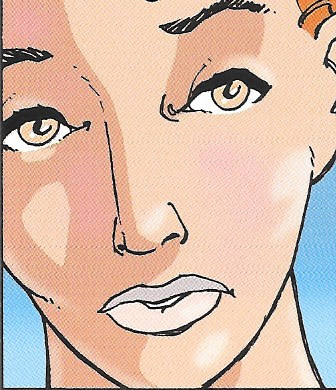 From the title and the cover of the comic book, one cannot help but picture the mythical scene of the Leonian cemetery in the Good, the Bad and the Ugly. But Elijah Stern does have a name (and no, he's not Jewish) even if he's not often asked, and he's chiefly far more intriguing than Clint Eastwood. The massacre of the town of Lawrence, Kansas, in the early morning hours of 1863 was a bloody episode of the American Civil War. Lawrence... Read more

"Kansas, 1880. Elijah Stern, the local undertaker, is asked to analyze the death of his latest 'client', Charles Bening, a notorious alcoholic who died of a cardiac arrest while visiting a brothel. Or at least, so it seems. Bening's decease is followed by another mysterious death, that of his very own brother-in-law. That makes two deaths and a whole load of questions for Stern, who would never have imagined that the answers are to be found in his own past, during the darkest hours of the American Civil War..." 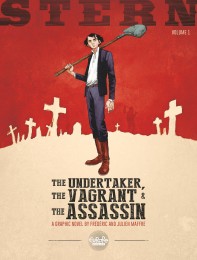 1880. Kansas. Elijah Stern, the local undertaker, leads a calm and solitary life, until one day he is asked to carry out an autopsy on a man found dead in a brothel. Taking on the role of forensic pathologist, he discovers that the man had not died of natural causes and finds himself involved, against his better wishes, in the middle of a bonafide investigation. But Stern has no idea that the key to this case lies in his own past... 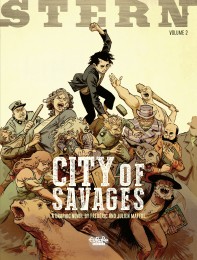 Though he may well be an undertaker, Elijah Stern is a man of culture. When he learns that his supply of literature has dried up he decides to ride out from his small town to Kansas City, where he knows there is a small bookstore, in order to satisfy his reading addiction. A simple task, right? Wrong. No sooner does he arrive when he is mugged. In his efforts to track down his attackers, Stern will cross paths with old friends, new enemies, and, even worse, his ex-wife..."Having read Stern volumes 1 & 2, I can honestly say that while the stories were nothing at all what I was expecting, they were outstanding reads that I couldn't stop reading once I'd started." The Pullbox 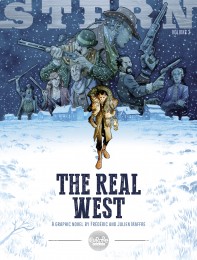 Much to Stern's consternation, the small town of Morrison is preparing to celebrate Christmas, far from the gunfights that are commonplace in the Wild West—a West that is becoming tamer by the day. But the town is about to welcome a member of the real West: Colorado Cobb, a gentleman gunslinger whose adventures are a novelist's dream, but which have earned him a number of enemies. After tracking him down, a few vengeful gunmen will trigger a bitter chain of events, and the community caught in the crossfire will be forced to pick a side.