Last year, Shattered Grid made comic book history—this year NECESSARY EVIL changes what you think you know about the Power Rangers with a reveal that will have everyone talking! The Power Rangers comic book event of 2019 begins here with the first appearance of the Power Ranger everyone’s been asking about—the fan favorite White Ranger! The all-new team of creators from record breaking Power Rangers; Shattered Grid; Ryan Parrot and Daniele Di Nicuolo present the return of the Mighty Morphin Power Rangers—but what happened to the universe after the defeat of Lord Drakkon, and what do our Rangers remember? 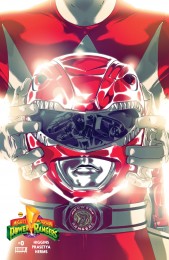 It's Morphin Time! Saban's Mighty Morphin Power Rangers make their BOOM! Studios comic debut in this kick-off #0 issue, which sets the stage for the rest of the series. After escaping Rita Repulsa's mind control, Tommy Oliver, the Green Ranger, joins up with the rest of the Power Rangers to combat her never-ending evil plans. Any semblance of a normal life is gone for Tommy now, but with his newfound family there lies hope for a brighter path. Includes the short story from the San Diego Comic-Con exclusive Mighty Morphin Power Rangers comics! 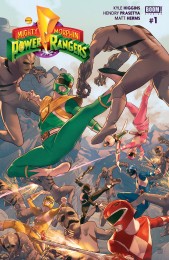 Based on the long-running Power Rangers franchise, five teens from Angel Grove High are granted superpowers and giant robot dinosaur Zords to defend Earth against the alien villain Rita Repulsa. When Repulsa creates an evil Green Power Ranger by brainwashing recent transfer student Tommy, the team is able to free him from her grasp and get him on their side. But with remnants of Repulsa's control still stirring in the back of Tommy's mind, he must confront the fact he may be more of a danger to his new team than a help. This is "Green Ranger: Year One." 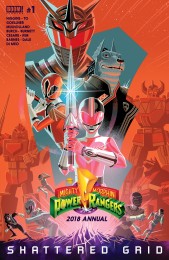 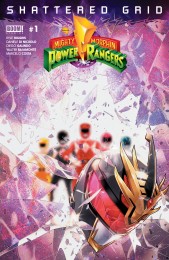 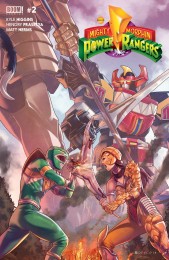 Scorpina goes for Tommy where it hurts the most. Rita won't give up on her Green Ranger that easily. With his life hanging in the balance, the Rangers must get together to save their friend, or risk losing him forever. 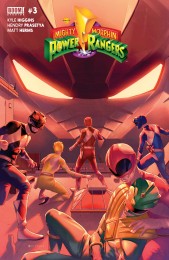 Rita's plan comes to a head and the Green Ranger feels more alienated than ever, leaving the team divided when the Dragonzord attacks! 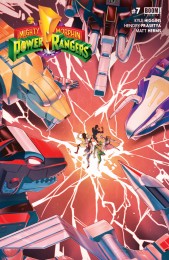 The Black Dragon has come! As the balance of power shifts, Earth finally falls into Rita's evil hands. Do the Power Rangers have a hope of saving their home and defeating the nefarious danger they now face? 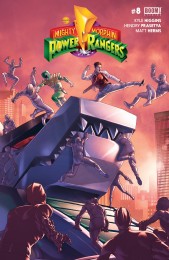 The world is on lockdown. The Dinozords, now under the Black Dragon's control, are stationed around the globe invoking Rita's word as law. With the Rangers left powerless, Rita calls upon Tommy to make the ultimate sacrifice or risk Angel Grove's survival. 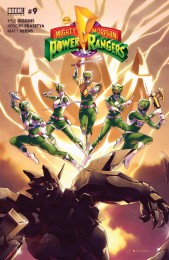 While Tommy and Jason face off against Black Dragon on the Moon, the rest of the Rangers seek a means to jump-start their powers and save their Zords from his influence! With Billy's life on the line, will the Rangers overcome their greatest challenge or find defeat in the claws of this familiar foe? 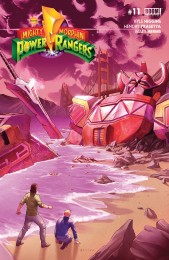 Billy and Tommy are left powerless and trapped in a strange new world. Jason and the rest of the team must do all they can to track down their missing friends and bring Zordon back. 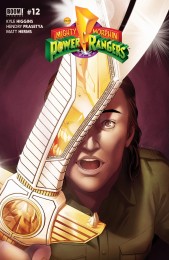 As Jason tries to hunt down his missing teammates, Tommy and Billy uncover a truth that will change everything. 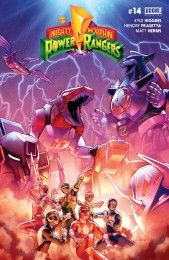 As our heroes fight to reclaim the Command Center, Tommy and Billy work with the resistance to defend against Lord Drakkon and his sentries. 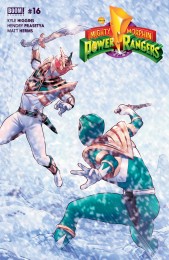 The villainous Lord Drakkon wields the power of Saba against the Green Ranger as the Power Rangers fight for the survival of two worlds! 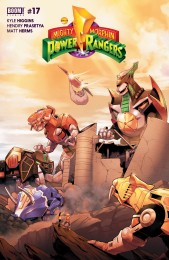 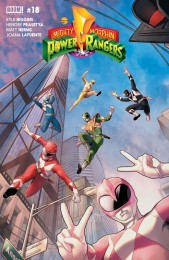 As the dust settles from Rita's global takeover, the government begins investigating the Power Rangers in an operation that will strike right to the very core of the team. 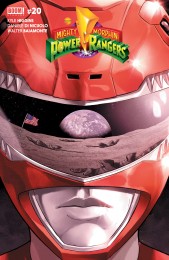 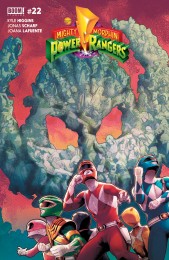 With tensions building between the Rangers, they put aside their differences and unite with Promethea to take down a great new threat! 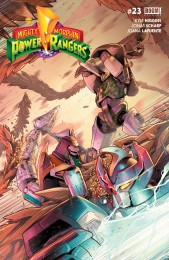 The Rangers discover just how far their new allies are willing to go against Rita. 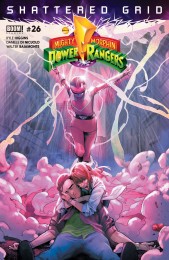 After the shocking events of the last issue, Lord Drakkon's victory seems assured—unless the Rangers can find a way to team up with another team of Power Rangers they've never met before! 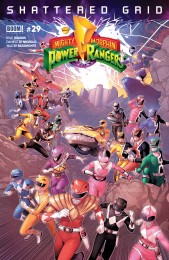 The Mighty Morphin Power Rangers and their allies prepare their final counterattack against Drakkon, as a new ally makes it through their world and Zordon makes a last-ditch call for help.