The planet Aldebaran has been colonized by humans for more than a hundred years. With no news from Earth, an organized society is rapidly established. But when a village is destroyed by a sea monster, the Mantrisse, Kim and Marc, survivors of the incident, decide to warn the authorities. A race against time to save the planet begins… Aldebaran is the first cycle of the saga The Worlds of Aldebaran, created by Léo. This science-fiction classic is followed by the Betelgeuse cycle. 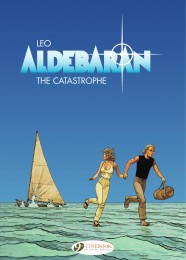 In Aldebaran's Worlds, you'll live one of the most fantastic sagas ever written by man. The author tells the story of humanity's first attempts to colonise distant planets. In their travels, Kim and her companions will encounter strange creatures and face the dangers of unknown worlds. They'll witness the destruction caused by the madness of mankind. In the first album, Kim meets Mark, another teenager who has survived the annihilation of their village. Together they set out to find explanations for this terrible catastrophe... This two-volume book includes "The Blonde." 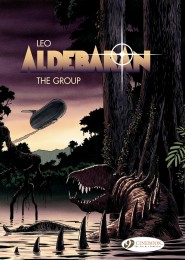 We return to Aldebaran, the planet where the first human colony in the solar system was founded. Mark and Kim, teenagers whose village was annihilated, have met a woman named Alexia during their escape. She is a biologist and a friend of Driss, the man who knows a lot about the catastrophe.Alexia shares Driss's secrets. The government is very interested in her and sends soldiers to pursue her. While trying to help her, Mark is arrested and languishes in prison for 3 years. It's the mysterious Mr. Pad, an odd character Mark has already met, who helps him escape from prison...This two-volume book includes "The Photo." 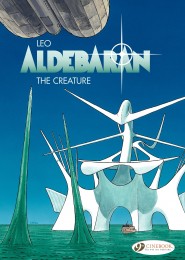 The Creature: Mark and Kim, who have lost the rest of the group, are left with the wounded Ling-Li. Luckily, Alexa quickly meets up with them, and they're on their way to the sea again. But when the Governor and Father Loomis catch up with them, they take them straight to the mantris.The Betelgeuse Planet: The second cycle takes the theme of the colonisation of space further than most sci-fi comics by looking at its ecological aspect. Leilah Nakad studies the Lums, cute animals living on the planet Betelgeuse. Seven years earlier, she led a 3000-strong group who were to settle on Betelgeuse. But the spaceship is still flying around, lost in space. Driss and Alexa investigate.This two-volume book includes "The Betelgeuse Planet".