The third cycle of the saga The Worlds of Aldebaran by Léo, Antares continues the story of Kim’s adventures. Following the events that occurred on Betelgeuse, she now faces a new challenge: she will be the mother of an extra-human entity. At the same time, she is tasked by Forward Enterprises with the investigation of strange disappearances that have occurred on the planet Antares. But what she does not yet know is that Forward Enterprises will stop at nothing to exploit the planet’s precious metal known as scadium… 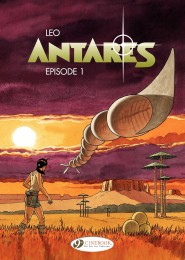 After the failure of the Betelgeuse colonisation mission, Kim is back on Earth, where she is an increasingly popular figure. Meanwhile, advance scouts on planet Antares have witnessed some distressingly strange events. Worried about the future of this new mission, the sponsors of the Antares project call upon Kim to accompany the first colonists, offering legal amnesty for Alexa and Mark in exchange. It’s the beginning of a new adventure for the young woman and her friends. 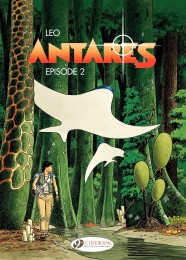 The Antares mission is underway. Kim, her daughter and her companions are on board the interstellar ship that carries the would-be colonists. Conditions are far from ideal, though. The fanaticism and bigotry of a large number of the passengers, all members of the project leader’s sect, are putting everyone on edge. As well, there are rumours of substandard equipment for the expedition. By the time they reach Antares, Kim and her friends are already disillusioned… and the worst is yet to come. 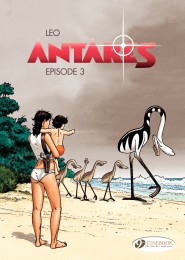 Bad luck, shoddy equipment and hostile fauna have stranded Kim and her companions thousands of miles from the Antares expedition’s base camp. Abandoned to their fate by the fanatical leaders who cannot abide Kim’s independent streak, wracked by internal dissent, the little group must make its way back through an unknown, terrifying land a long journey that will raise many questions and cost many lives. 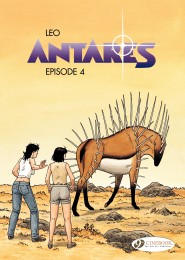 Kim’s group, still stranded halfway across Antares, must get back to the base camp through a journey filled with deadly encounters. Meanwhile, at the base camp, a trip to the neighbouring planet source of the strange ray that vaporised Kim’s daughter is being organised. The prospect of meeting an intelligent species, though, drives the religious fanatics in charge to clamp down on any person or activity deemed rebellious. As if a hostile world isn’t enough, the colonists have brought their own worst enemy with them... 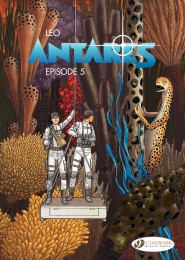 Kim’s mission to the other Antares planet – the one from which came the mysterious beam that took her daughter – is underway, and the young woman desperately wants to believe she will find her missing child. One amongst her team has no shortage of faith, though: the insufferable Jedediah Thornton is convinced they are going to meet an advanced alien civilisation. And he will stop at nothing to ensure humanity’s representative is a man of proper morals… 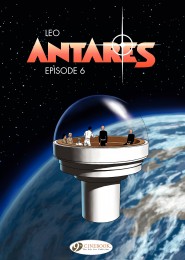 As the main body of the Antares expedition faces a catastrophic situation and seems doomed to failure, Kim’s little group is still trying to establish contact with whoever kidnapped her daughter Lynn. But the fanatic Jedediah is still there, causing dissension and creating obstacles. Only Kim’s strength of character, her determination to find her daughter, and her special bond with the alien Sven – Lynn’s father – can still save them all…